I’ve covered macvlans in the Bridge vs Macvlan post. If you are new to macvlan concept, go ahead and read it first.

To recap: Macvlan allows you to configure sub-interfaces (also termed slave devices) of a parent, physical Ethernet interface (also termed upper device), each with its own unique MAC address, and consequently its own IP address. Applications, VMs and containers can then bind to a specific sub-interface to connect directly to the physical network, using their own MAC and IP address. 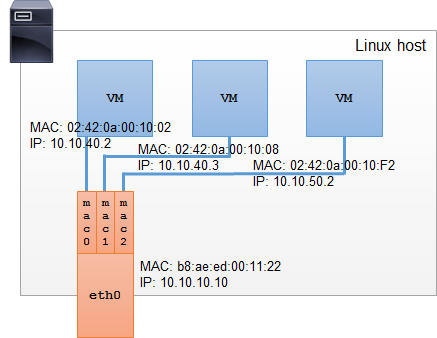 Macvlan is a near-ideal solution to natively connect VMs and containers to a physical network, but it has its shortcomings: 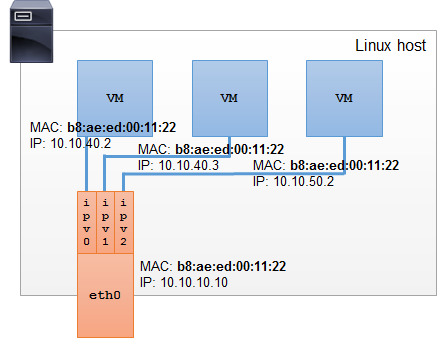 Because all VMs or containers on a single parent interface use the same MAC address, ipvlan also has some shortcomings:

Ipvlan has two modes of operation. Only one of the two modes can be selected on a single parent interface. All sub-interfaces operate in the selected mode.

Ipvlan L2 or Layer 2 mode is analogue to the macvlan bridge mode. 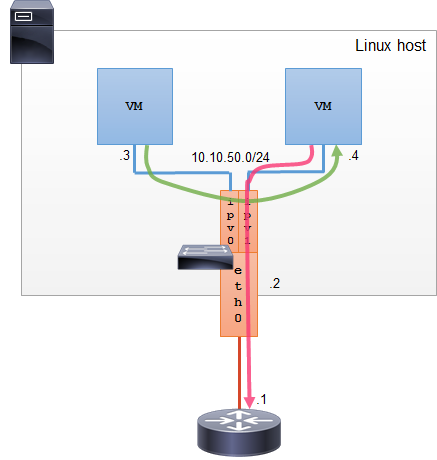 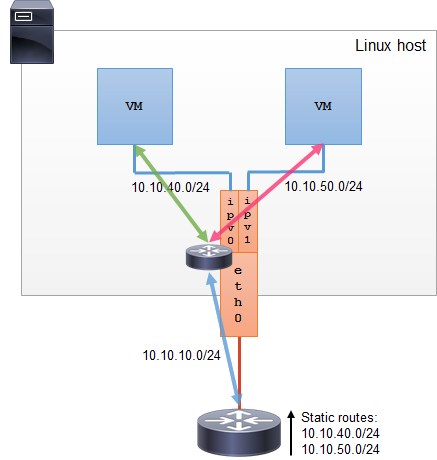 Ipvlan L3 mode routes the packets between all sub-interfaces, thus providing full Layer 3 connectivity. Each sub-interface has to be configured with a different subnet, i.e. you cannot configure 10.10.40.0/24 on both interfaces.

Broadcasts are limited to a Layer 2 domain, so they cannot pass from one sub-interface to another. Ipvlan L3 mode does not support multicast.

Ipvlan L3 mode does not support routing protocols, so it cannot notify the physical network router of the subnets it connects to. You need to configure static routes on the physical router pointing to the Host’s physical interface for all subnets on the sub-interfaces.

Ipvlan L3 mode behaves like a router – it forwards the IP packets between different subnets, however it does not reduce the TTL value of the passing packets. Thus, you will not see the Ipvlan “router” in the path when doing traceroute.

Ipvlan L3 can be used in conjunction with VM or Container ran BGP, used as a service advertisement protocol to advertise service availability into the network. This advanced scenario exceeds the purpose of this post.

Macvlan and ipvlan cannot be used on the same parent interface at the same time.